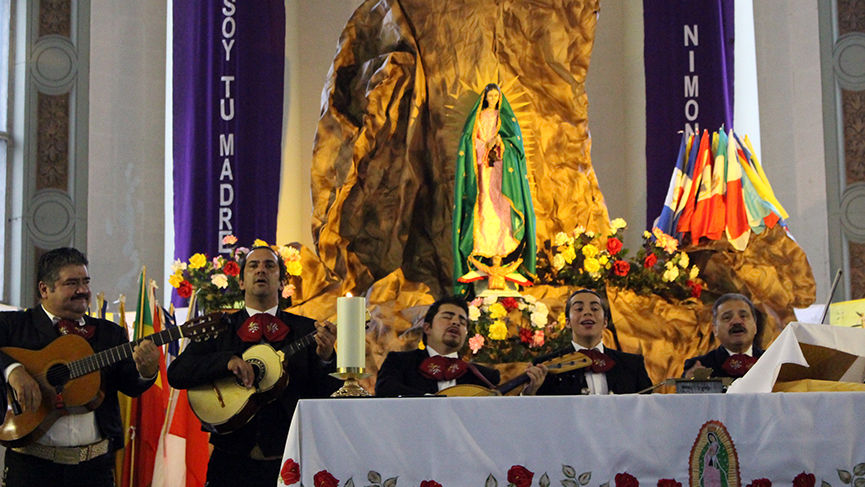 During a colourful celebration held on Sunday, December 9, Archbishop Christian Lépine joined the Latin American diaspora to celebrate the Virgin of Guadalupe.

Every year, Latin American communities around the world celebrate the anniversary of the apparition of the Blessed Virgin Mary on December 12. Mary, who the Latin American communities call the Virgin of Guadalupe, is now known as the Patron Saint of the Americas. As Father Percy Diaz, parish priest, pointed out: "Mary appeared to the little shepherd Juan Diego on the hill of Tepeyac487 years ago," in Mexico.

The church was filled and even before the celebration began one could feel all the joy in the church as the entrance procession was about to start. After the greeting from Father Diaz, the procession of many Latin American groups went up the central aisle. The Aztecs came first, followed by all those who had dressed in traditional clothes, then finally the flag-bearers. Before the Mariachis Figueroa sang, two women performed an Aztec dance. Archbishop Lépine then blessed the communities "through which God wants to reveal his Love".

During his sermon, Archbishop Lépine thanked everyone for being "present today, because it means that Jesus is important to you: despite your busy lives, your fatigue, the screens and the parking problems (this last reason aroused the laughter and approval of the assembly), you chose to come to Mass to pray."

Archbishop Lépine recalled the importance of prayer: “If you dedicate just one minute a day to Jesus–Taking time for prayer doesn’t mean having less time or losing something– you have more love and receive so many things: hope and strength, the belief that Jesus is the source of your life.”

"The human being is indeed made for God: only Jesus is capable of supporting us in joy or in sorrows whatever happens. Besides being with us He is within us, and the more you pray, the closer he will be to you."

Archbishop Lépine also prompted everyone to wonder what in his life prevented him or her from spending more time with Jesus. What could anyone put aside to better welcome him, to devote himself better to him?

The 17 groups of the Mision Latinoamericana Nuestra Señora de Guadalupe then led the offertory procession. The Aurora Choir, who animated the Mass for two hours, the Mariachi band, Mrs. Carolina Rivera-Baraona and young Brandon Caceres provided musical ambiance during the prayers of the faithful at communion.

At the end of the celebration, Father Diaz thanked the Virgin of Guadalupe. Thanks to Her, "today there are no borders, no limits and that all cultural communities are here next to each other." He expressed gratitude to the Officials of Argentina, Mexico, Chile, Ecuador and El Salvador for being present at this commemoration.

The Mariachi band finally performed a song to the Virgin Mary, filled with emotion, before inviting the faithful to a traditional community meal and a Mariachi music performance. Joy and unity could filled everyone's heart. 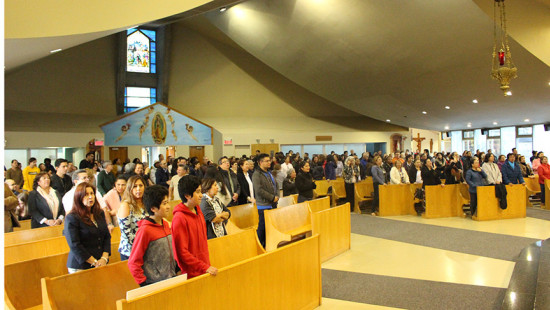 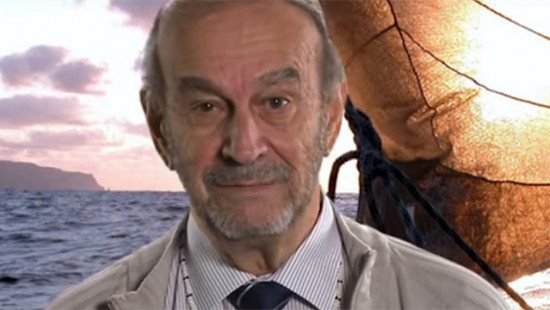 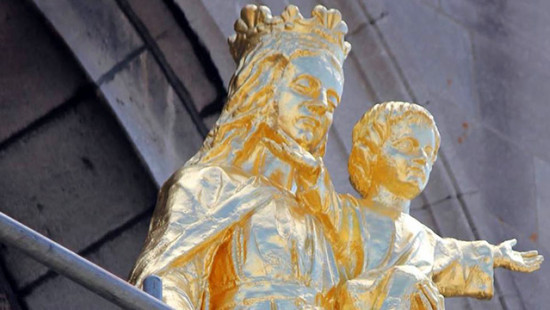 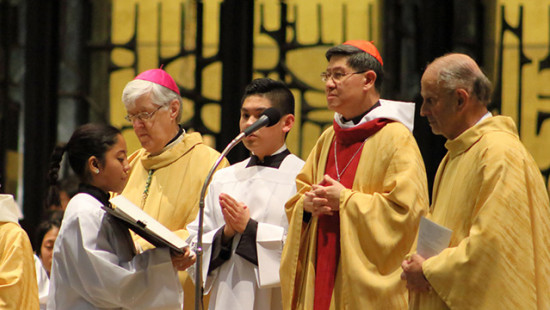 Learning to reconnect after time in prison