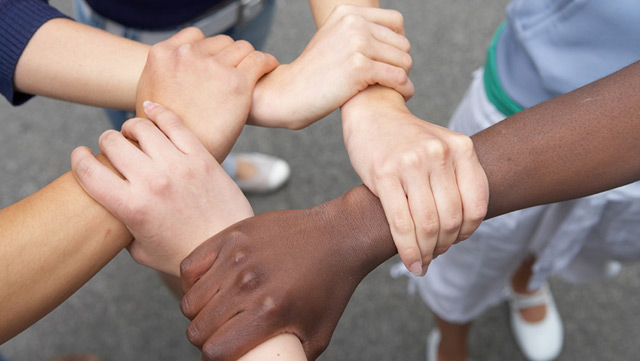 Just over one year after the initiative was first announced, Catholic Action Montreal (CAM) is now operating under its new federally-granted registered charity status.

Since registration for membership was launched at the end of March 2016, membership has climbed to 180. Up to 90 members were in attendance at CAM's inaugural general meeting, held April 26 at Loyola High School, attracting a multi-generational and culturally diverse representation of English-speaking Catholics.

CAM, with the support of Archbishop Christian Lépine, will function as a type of "Catholic volunteer bureau," helping connect resources to needs, complete with the screening and supervision of volunteers.

The city's educational, health and social service institutions just over two decades ago could count on a faith-supporting culture. "Society's level of support has since changed," says CAM provisional board member Paul Donovan, president of Loyola High School. "Organizations are now standing silos," feeling the sting of an unprecedented isolation and a thinner local network of financial and human resources.

With a corporate charter and registered charity number now in place, the current 13-member CAM board, nominated and accepted by members April 26, met June 1 to discuss its next steps and to establish interim board officers. One of the first initiatives "will be to identify the works already being done," says interim chair Anna Graham, of St. Luke's Parish, "and to help groups connect, collaborate and grow."

In addition to donations, funding for CAM will be drawn from three main sources: membership dues, collections from Bishop Thomas Dowd's Late Sunday Mass held weekly at Our Lady of Fatima Parish, as well as financial support from the Archdiocese of Montreal.

"There is already a natural network of support," says Bishop Dowd, to be found among the 10,000 people who attend mass weekly in Montreal in the 34 English parishes and among the 51 community organizations and groups that offer English services.

Building the CAM fabric within the community will undoubtedly "require trust, sacrifice and collaboration," says Donovan, but with these elements, "I don't think we're stoppable."

Catholic action is ready for action

Two years ago, the English-speaking Catholic community learned that its social services agency, CCS, was moving away from its Catholic identity. Obviously, everyone is called to do good works - whether Catholic or not - but people of faith carry this as a special responsibility. After all, the Bible teaches that "faith without works is dead" (James 2:17). The departure of CCS led to a new conversation between different Catholic charities and foundations about how we might ensure the continued presence of Catholics in the good works the people of our city need.

One year ago, the leaders of these charities and foundations appointed a committee to serve as a provisional board of directors for a new non-profit corporation. The papers were filed, and soon after Catholic Action Montreal was born. Our priests were also brought in on the discussions, so that the parish network and this new initiative might work in harmony and eventually strengthen each other.

The provisional board continued its work of setting things up. In March, a recruitment drive for new members brought 100 people on board in the first month alone. On April 26, the first general meeting of the members gathered our English-speaking Catholic community and allowed for the election of the first regular board of directors. Finally, on May 27, we received the amazing news that Catholic Action Montreal was already approved by the Canada Revenue Agency as a true charitable organization.

The board of directors met on June 1 and began the process of planning the full vision of how Catholic Action will operate. A lot of work remains to be done, but one thing is for certain: when it comes to charitable service in our city, the Catholics are back.