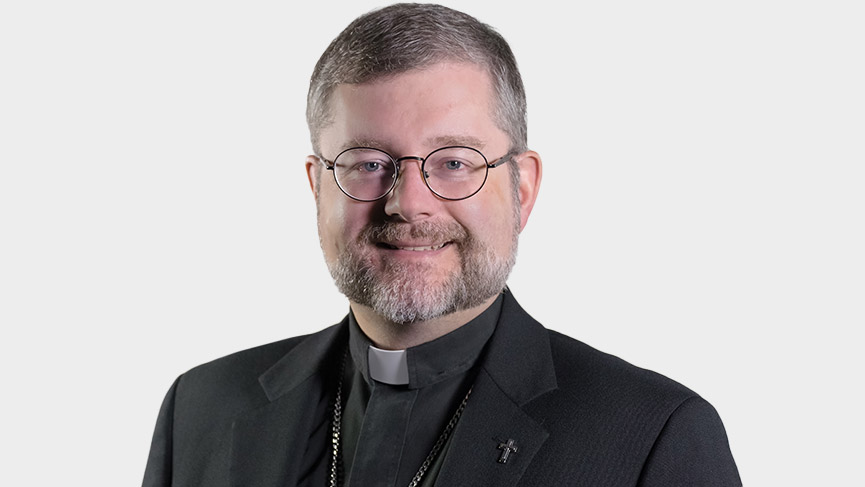 The Archdiocese of Montreal congratulates Bishop Dowd and offers its prayerful support as he assumes a new role as the shepherd of the Northern Ontario diocese.

“Bishop Dowd has served the people of God in Montreal faithfully for 19 years, first as a priest, then as an auxiliary bishop,” stated Archbishop Christian Lépine.  “I am especially grateful for the dedication with which he served as the Episcopal Vicar for the English-speaking faithful and then as Vicar General,” the Archbishop of Montreal stated.

“He was also charged with the challenging task of investigating sexual abuse allegations within the diocese,” the Archbishop continued, “a difficult but absolutely necessary step, which he undertook with diligence and integrity and for which I remain deeply appreciative.”

Bishop Dowd was ordained for the Archdiocese of Montreal in 2001. He served as a parish assistant in several English-language parishes and as a hospital chaplain before being appointed associate director of the Office for Pastoral Personnel in 2006.

In 2011, Pope Benedict appointed him an auxiliary bishop for Montreal, at which time Jean-Claude Cardinal Turcotte named him Episcopal Vicar for the English-speaking faithful and Director of the Office for English Pastoral Services. In 2016, Archbishop Lépine named him Vicar General with responsibility for overseeing administrative and economic affairs. In addition, he was also recently appointed Moderator of the Diocesan Curia.

Bishop Dowd will be the third Montreal-ordained priest to serve the Ontario diocese. Fr. Alexander Carter was appointed auxiliary bishop of Sault Ste. Marie in 1956 and succeeded Most Rev. Ralph Dignan as bishop two years later. Bishop Carter shepherded the diocese until his retirement in 1985. Fr. Robert Harris was appointed auxiliary bishop of the diocese in 2002, serving under Bishop Jean-Louis Plouffe until 2007.

Bishop Dowd now succeeds Bishop Marcel Damphousse, who was appointed Coadjutor Archbishop of the Diocese of Ottawa-Cornwall in May.

Click here, to read his letter to the faithful of the Diocese of Montreal.