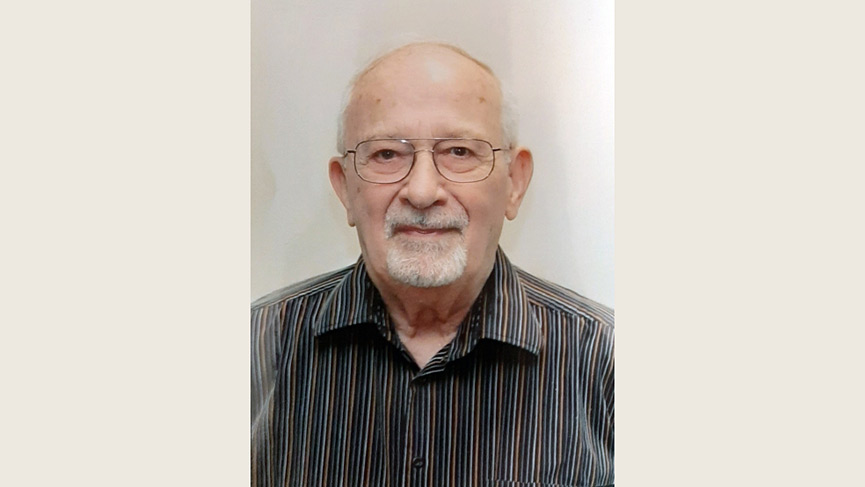 Father Ugo Benfante, Quebec’s first worker-priest, died January 15, 2021. The man who laboured his entire life for social justice leaves behind him a heritage that continues to bear much fruit. A commemorative ceremony was held August 27 at Maison de Quartier Villeray. Conceptie Gervé, a social action minister in the Villeray area and one of the organizers of the commemorative ceremony held for Ugo Benfante, agreed to share some of her experiences and memories of this man who touched so many hearts and so many lives.

A member of Villeray social action ministry, Conceptie coordinated with CDC Solidarité Villeray and several other local organizations and individuals who knew him well to create the Comité d'hommage Ugo Benfante. All joined forces to pay tribute to Father Ugo for his extraordinary contribution to the development of the Villeray area, especially in the form of the legacy he left to the Maison de Quartier Villeray and CDC Solidarité Villeray, which was his "worksite." Conceptie explained, "Community cooperation was the focus of his work. He spent a great deal of effort on that, which is why all these organizations are here at 660 Villeray (Maison de Quartier) today."

A fitting tribute to a great man

Conceptie expressed how happy she was with the way the event turned out. Those present included Bishop Alain Faubert, Bishop Roger Dufresne, Louise Royer of the Social Action Ministry, Father Benfante's sister, numerous men and women from religious communities, as well as "comrades of Ugo’s in the struggle for social justice," among many others. The scope of the event extended far beyond the Villeray area.

The crowd, quite diverse and eager to participate, heard several testimonies: "They didn’t all talk about the same thing, but they all spoke of Father Ugo in terms of his charism as a priest who brought people together," said Conceptie. The microphone was open to programmed speakers and to others as well: "We really wanted to give a voice to those without a voice, to those for whom Ugo advocated. We also gave the floor to those who collaborated with Ugo in advocacy work.’’

An acrostic was created based on his name:

‘U’ is for ‘universal’ and ‘unifying’: "Father Ugo loved everyone; he lived the universal values of peace, justice, solidarity and love," explained Conceptie, taking up a colleague’s words. In his efforts at unifying people, he created the CDC (Corporation de développement communautaire de Villeray), and he was the reason for this collaboration and for the gathering together "in one voice" of organizations dedicated "to the well-being and the development of Villeray." In addition, he was an important figure in the development of the local social action ministry.

‘G’ is for ‘great’: "Ugo was a great man," stated Conceptie, mentioning Pope John XXIII’s adage: "A man cannot be great if he does not know how to be humble." She continued, "He was very reserved, spending most of his time in the field with those at risk and those in precarious circumstances.’

‘O’ is for ‘organized’, because of the amount of organization it took to develop the community organizations in Villeray.

As a tree bearing fruit

During the ceremony, a symbolic ritual was performed "around a fruit tree symbolizing Father Ugo, his values and all the work he has done throughout the Villeray area.’‘ It is a pear tree that will produce four varieties of pears.

Conceptie met with Ugo Benfante on a more personal level in 2020, along with all the members of the social action ministry table. "He took the time to talk with each one of us, and when he came to me he said, ''What brought you to work in the social action ministry in Villeray?'' I told him, "I am following in your footsteps, Father Ugo!" I compared it to a fruit tree that is planted beside a spring. Its leaves may change colours, but they never dry up. In its mysterious way, this fruit tree bears different fruit each season. I wanted this to represent his works! We're all moving towards the same horizon, but we have differing perspectives. We don't all do the same thing."

"What you gave is what will remain with us...and will not be merely put away in rusty chests!" sang Conceptie as she concluded her testimony at the ceremony, expressing the hope that Father Ugo's legacy would live on through "sharing, so that others may continue to grow."

A legacy that keeps growing

The commemoration ceremony was certainly an important project for the Committee, but there are others yet to come! A book is being published in memory of Father Ugo, and it is likely that the Villeray community centre will be named after him in the coming months: …to be continued!

To learn more about the life of Father Ugo Benfante, visit:

Pastoral Letter: Acknowledging our sinfulness, a step forward
Life and Family Suggestions for Homilies and Prayers of the Faithful during September 2021