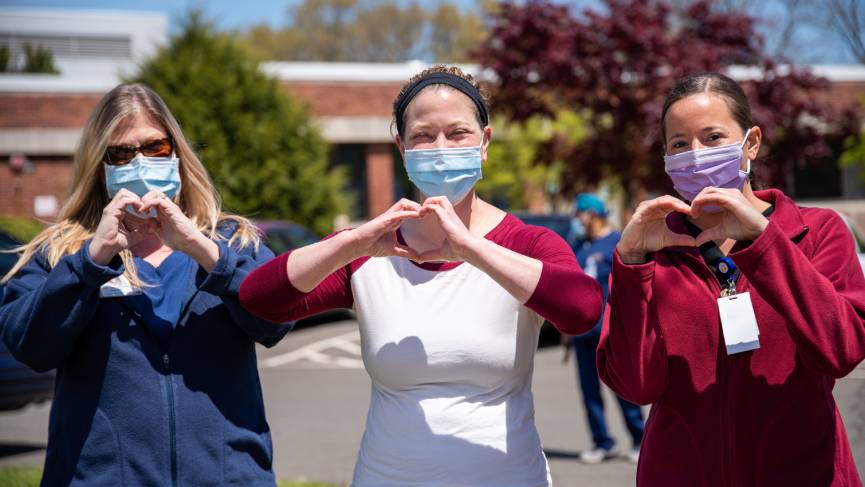 In an interview to Italian TV channel “Canale 5”, Pope Francis speaks about issues ranging from the pandemic to the defence of life and the weak, the value of unity in politics and the Church, vaccination, and the need to rediscover the value of faith as a gift from God.

The Pope is inviting everyone to rediscover our common unity, to be close to those who suffer, to feel like brothers and sisters in order to overcome together the global crisis caused by the pandemic.

At the beginning of the interview with Canale 5, aired Sunday evening, Pope Francis reiterates that "after a crisis we are never as before, ever. We either emerge better or we come out worse.” According to the Pope, "one must review everything.” The great values which are always there in life must be translated into our life lived in the moment.

The Pope then enumerates a series of dramatic situations, ranging from children who go hungry and cannot go to school, to the wars that upset many areas of the planet. Noting that UN statistics in this regard are “frightening”, he warns that if we come out of the crisis "without noting these things, the exit will be another defeat”.  Rather, he said, “it will be worse. We have only to look at these two problems: children and wars."

He explains that, in the next few days, vaccinations will begin in the Vatican and he has booked himself for it. "Yes, it must be done," he stresses, adding, if the doctors say the vaccine is safe and does not present "special dangers” to someone, then they should take it.

“There exists a suicidal denialism in this which I cannot explain," the Pope said. He added that it is time to "think about the ‘we’ and erase for a period of time the ‘I’, putting it within brackets.”  “Either we are all saved together or no one is saved."

The Pope then turns to the theme of fraternity which is so dear to him. According to him, the challenge is “to draw near to the other, close to their situation, close to their problems, make myself close to people.”

“The culture of indifference,” he stresses, “destroys, because it forces distance between us."

"Indifference kills us because it distances us,” the Pope continues. “Instead, the keyword for ways out of the crisis is 'closeness'."

If there is no unity or closeness,” he warns, “social tensions can be created even within states.” In this regard, he speaks about what he calls a "ruling class" in the Church and in political life. In this moment of crisis, he says, "the entire ‘ruling class’ does not have the right to say ‘I’... It must say ‘we’ and seek unity in the face of the crisis."

At this time, he strongly reaffirms, "a politician, a pastor, a Christian, a Catholic, even a bishop, a priest, who does not have the ability to say 'we' instead of 'I' is not up to the situation."

"Conflicts in life,” the Pope says, “are necessary, but in this moment they must be sent on vacation and make room for the unity of the country, of the Church, of society."

Abortion is a human issue

Pope Francis also notes that the pandemic has exacerbated the “throw-away culture” regarding the weakest members of society, such as the poor, the migrants or the elderly. In this regard, he touches upon the drama of abortion that discards unwanted children.

Responding to a question about how he regards the dramatic events on Capitol Hill on 6 January, Pope Francis admits he was “astonished”, considering the discipline of the people of the United States and the maturity of its democracy. However, he notes that even in “the most mature societies” there is always something wrong when there are "people who take a path against the community, against democracy, against the common good.”

Now that this has erupted, he says, one has been able to "see well" the phenomenon and can "find a solution.”  He condemned the violence and said, “We must reflect and understand well in order not to repeat and to learn from history."  These “‘irrregular groups’ that are not well inserted in society”, he says, “sooner or later will create these situations of violence.”

Faith: a gift to be implored

Finally, responding to a question on how the Covid-19 pandemic has affected his daily life, Pope Francis says he feels "caged in”.

In order to avoid gatherings, trips have been cancelled, but he looks forward to visiting Iraq. Meanwhile, the pandemic has provided him more time for prayer and for talking to people on the telephone. In this regard, he reiterates that the special Urbi et Orbi prayer and blessing that he led in a deserted St. Peter’s Square in Rome on 27 March, was "an expression of love to all people" which makes us “see new ways to help one another.”

The Holy Father thus offers a reflection on faith in the Lord, which first and foremost, he says, is "a gift”.

"For me, faith is a gift, neither you nor I nor anyone can have faith by their own strength: it is a gift that the Lord gives you," something one cannot buy.   Recalling a passage from the Book of Deuteronomy, Pope Francis exhorts all to invoke the "closeness of God."

The Holy Father concludes expressing his hopes that in 2021 "there will be no waste, no selfish attitudes" and that unity may prevail over conflict.

Pope's prayer intention for January: At the service of fraternity
Choosing to Hope and Live

Choosing to Hope and Live