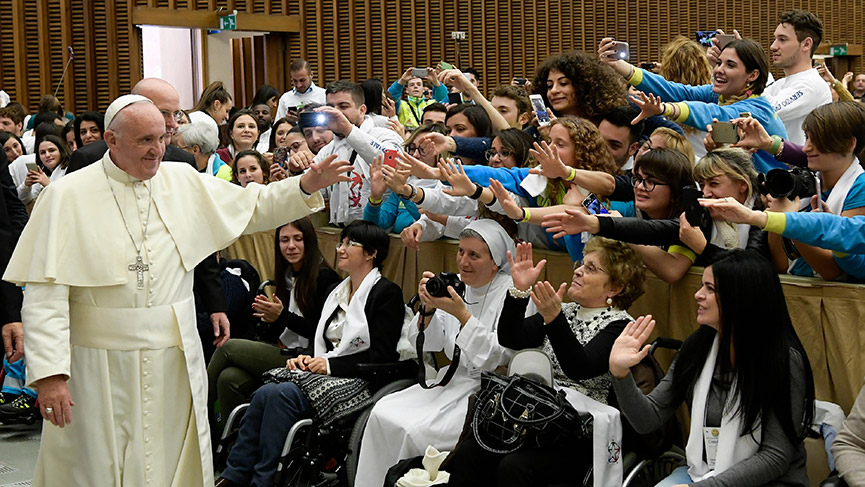 “The first reading, from Jeremiah, was particularly suited to this moment,” he said, “because it is a word of hope that God gives to his people.” It is a word of consolation that “opens to them a horizon of the future, a viable and practical way” along which all can walk.

Pope Francis said that this passage of God’s Word “expresses well the experience” of the past few weeks of the Synod: “It was a time of consolation and hope,” he said, “precisely through the demanding and even tiring work.”

The Synod, he said, was fundamentally a moment of listening, which requires “time, attention, and openness of mind and heart.” It was precisely through listening that the participants of the Synod were able to discern the signs of the times. It was a discernment of the whole community, “made in the light of the Word of God and of the Spirit.” This, the Pope said, “is one of the most beautiful gifts that the Lord gives to the Catholic Church.”

The Holy Father said the “fruits” of the work of the Synod “are already fermenting… The Synod of Young People was a good harvest, and it promises good wine.” But, he said, “the first fruit of this Synodal Assembly should be precisely in the example of the method that they tried to follow” – a reference to the model of Synodality, which occupies a prominent place in the final document produced by the Synod.

Pope Francis emphasised that a synodal society isn’t primarily about drafting documents – although that is valuable and useful. More important, he said, is the spread of a way of being and working together… in listening and discerning, to arrive at pastoral choices that respond to reality.

Read the Letter from the Synod Fathers addressed to young people
Synod: Pope Francis brought out the best in us