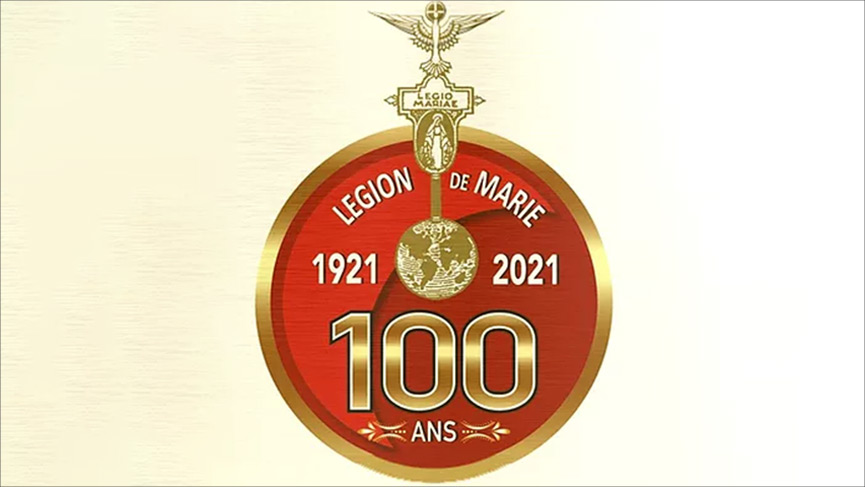 On the eve of the feast of the Nativity of Our Lady, September 7, 1921, in Dublin, at the initiative of Frank Duff, a young civil servant in the Irish Ministry of Finance and member of the Society of St. Vincent de Paul, a small group of people met with the purpose of together finding a form of apostolate. Together they all invoked the Holy Spirit and recited the rosary before resolving, following the example of the Apostles, to go out in pairs to visit patients in hospital. And so was born the Legion of Mary!

Today, the Legion of Mary (Legio Mariae in Latin) works in the mission of the Church on five continents and in more than 1,900 dioceses. Each chapter, known as a "praesidium," meets in a parish under the leadership of a Spiritual Director. More than three million active members and ten million auxiliary members support the direct apostolate of the active legionaries through their prayers: participation in the life of parishes and various undertakings of the Church; visitation of the sick, the elderly, families, and the isolated; all under the auspices of the Miraculous Medal, which is distributed liberally in response to the Virgin Mary’s promise of her maternal assistance to all who confidently wear her Medal.

The government of the Legion is effected by the Concilium in Dublin and by Higher Councils established in each country where the Legion operates. Thus, the "Senatus of Montreal" oversees the activities on the Island of Montreal, in Sherbrooke, Quebec City, Saint-Hyacinthe, Trois-Rivières, and Moncton, New Brunswick. An impressive characteristic of Canadian legionaries is their linguistic and cultural diversity, comprising individuals of Chinese, Korean, Filipino, Indian, African, Latin American, Caribbean, European and Quebec origins.

Speaking to a group of Italian legionaries on October 30, 1982, St. John Paul II stated, "You are a movement of lay people who propose to make faith the aspiration of your life up to the achievement of personal sanctity... Yours is an eminently Marian spirituality, not only because the Legion glories in carrying Mary's name as its unfurled banner, but above all because it bases its method of spirituality and apostolate on the dynamic principle of union with Mary, on the truth of the intimate participation of the Virgin Mary in the plan of salvation."

The spirituality of the Legion of Mary is thus grounded in our faith in the combined actions of the Holy Spirit and Mary in the work of Redemption and the establishment of the Kingdom of God in the world. In short, it is the grace of Pentecost poured out every day, until Christ returns in glory. On March 27, 2014, the Holy See officially decreed the Legion of Mary to be an "International Association of the Faithful," the fruit of a "true prophetic intuition" that illustrates the "duty of the baptized lay person to evangelize through his or her way of living the Christian life" - Cf. Msgr. Josef Clemens, Secretary of the Pontifical Council for the Laity.

Investiture of the Canada-Montréal Lieutenancy 2021