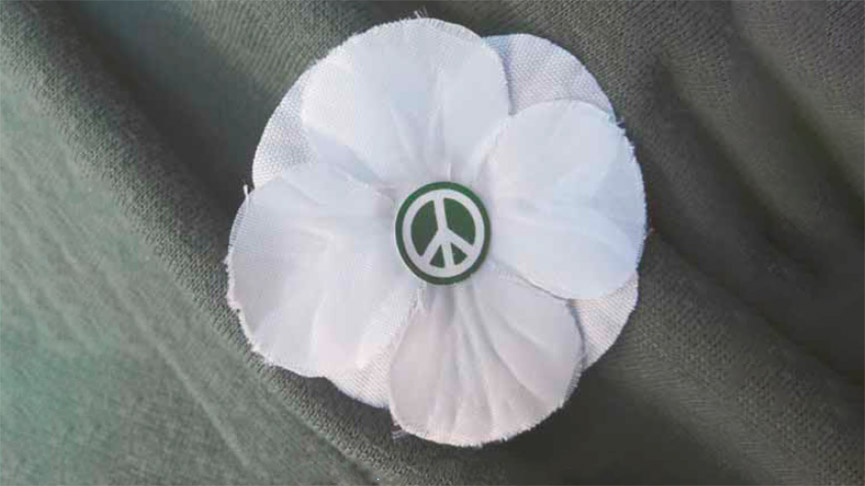 Did you know that Quebec bishops have instituted a Sunday of prayer and action for peace? This day of prayer, which concludes the United Nations Disarmament Week at the end of October, has as its purpose the promotion of awareness and understanding of the question of disarmament.

By Louise Royer, Director of the Social Action Ministry Office

Disarmament in general and nuclear disarmament in particular are issues identified as important by Pope Francis in Fratelli Tutti, his latest encyclical on social brotherhood and friendship. "Nor must we forget the atomic bombs dropped on Hiroshima and Nagasaki (…); the ultimate goal of the total elimination of nuclear weapons becomes both a challenge and a moral and humanitarian imperative" (paragraphs 248; 262).

This is why the Office of Social Action signed this year's declaration "Exigeons que le Canada dise non aux armes nucléaires," which was formulated by the collective Échec à la guerre and which will be published in the newspaper Le Devoir issue of November 6. The Office promotes wearing the white poppy until November 11, 2021, either on its own or together with the red poppy. The white poppy commemorates all victims of war - civilians being by far the most numerous group - whereas the red poppy pays tribute more specifically to military victims.
The Treaty on the Prohibition of Nuclear Weapons came into effect in January 2021, after having been signed by more than 50 countries. Canada abstained, contrary to the will of the people. Prayer, citizen involvement and political action are required so that Canada will join in the effort to eliminate this threat to humanity’s existence.

Some among us will recall how, beginning in the late 1970s, the Sunday of Prayer and Action for Peace became the focus of the fall awareness campaign of Development and Peace. The custom of focusing the campaign on that particular Sunday has not been maintained. With the support of parishes and members, this year's People & Planet First campaign will run throughout the fall.

It includes a petition calling on the House of Commons to adopt human rights and environmental due diligence legislation. For more information, visit: https://www.devp.org/fr/campaign/les-gens-la-planete-avant-tout/

World Day of the Poor: ways to experience the event in our diocese
Walking together, the experience of the Carrefour Fratelli tutti Encounter

Walking together, the experience of the Carrefour Fratelli tutti Encounter