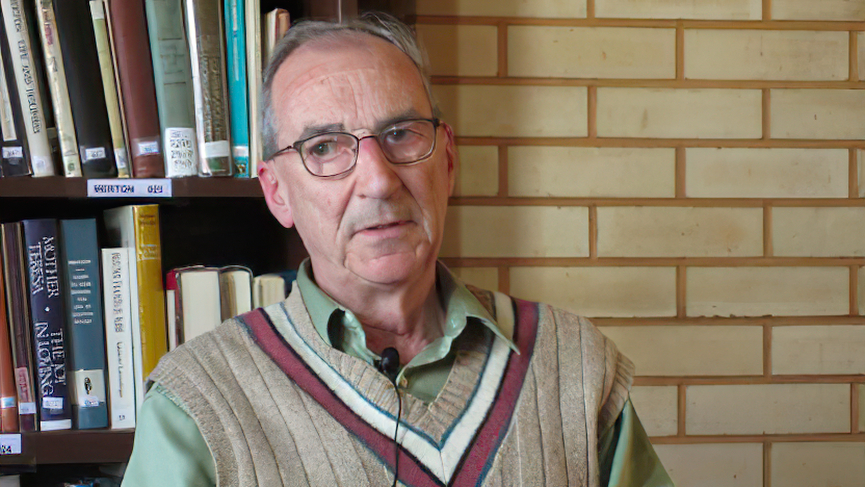 The Abbey School of St-Benoît-du-Lac normally offered two training courses a year, one each spring and summer but has been forced to cancel the sessions for 2020 due to Covid-19. However, it is re-inventing itself with the use of a new method, offering a session on the subject “Passing our faith on: a challenge!” The course will be given virtually by philosopher, theologian and committed layman Michel Cantin.

“Passing our faith on: a challenge!” was to be offered in the spring of 2020, but that session had to be postponed until the fall due to Covid-19, and will now ultimately be offered in text form. Michel Cantin will publish approximately twelve texts this fall, and it is hoped that this will meet the wishes of those who intended to take this course in order to deepen their acquaintance with the communication of faith. In adopting this new format, the team also hopes to reach a broader than usual audience.

“Passing our faith on: a challenge!”

The theme may sound familiar, but the subject matter behind it is nevertheless vast! How to pass the faith on to future generations? When he considered parents and grandparents “who are so often saddened and pained to watch their children or grandchildren completely brushing aside the religion which was and remains so important to themselves,” Michel Cantin decided to develop his reflections on passing on and upholding the faith. “I also thought back to how it was continually repeated to us that, as the baptized, we must be evangelists, we must be missionary disciples; but we are seldom told how. And so it gets forgotten, because as long as the ‘how?’ is not explained, nothing gets done. People hear it, but they have no idea what to do about it.” This session intends to get to the real heart of the matter.

An accurate interpretation of faith

Even before we think about passing on the faith, our faith, the faith of the Church, Michel Cantin considers as more important and essential that we “verify the accuracy of what we intend to pass on.” To that end he proposes, through the series of texts forwarded by email to participants, a preliminary examination of “how God was regarded throughout the ages.” For Cantin, there are sometimes discrepancies between these viewpoints and those of our day and age. “For the first time in our history, humanity cannot relate to God as we have done since time immemorial. Throughout the history of religion […] human beings imagined that the gods controlled those forces which we did not and which threatened our existence.” Thus humans sought to earn the good graces of the gods by pleasing them, and thereby avoiding ill fortune. “As the culture became more sophisticated, this way of regarding God no longer held credence for our contemporaries. Aside from which, with all the horrors that transpired during the preceding century, it is manifestly clear that God does not intervene to prevent such horrors. It is all very well that He is supposed to be all-powerful. But how can he tolerate such atrocities without intervening? Many conclude from this that He does not exist. And it is true that that god does not exist,” explains Cantin.

With this distressing reflection, the author helps us clear away the caricatures of God that we have created, in order to pass on “accurately” a faith which is the one God desires. The discussion will also examine the heritage received from the Church, along with certain points of theology.

The next texts sent will deal with the revelation which, at its most profound, Jesus came to make known, how he revealed it, what the first disciples proclaimed and how, and finally, what and how we of today in our turn are to pass on: the essence of Christian faith. In all, an excellent meditative program certain to stimulate our reflections in the course of our life in faith!

“We have to be prepared to leave behind certain notions we have about religion. To agree to do that, we have to rediscover God’s goodness,” states the theologian, who also happens to be one of the first lay brothers to study theology at the Université Laval alongside the seminarians. With his wealth of experience both professional and human, Michel Cantin has authored three books, which are available online through ichtusquebec.com.

To receive the texts of "Passing our faith on: a challenge! "send your email to the following address: ecoleabbatialesbl@gmail.com. There is also the possibility of exchanging with other participants in small groups via zoom.

Archbishop Lépine issues pastoral letter: Under the “new normal,” an enduring essential: the spiritual
Now More Than Ever, Pray for the World!

Now More Than Ever, Pray for the World!