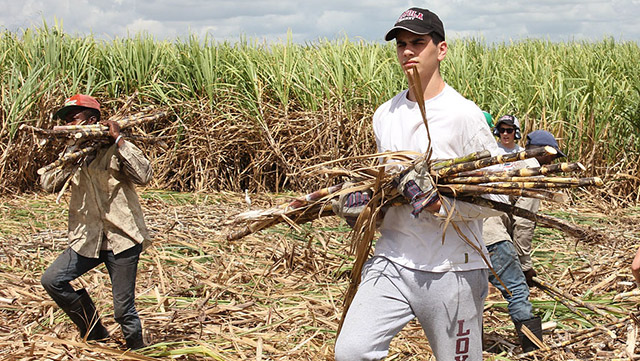 Want to help Generation Z develop a Christian sense of belonging to the global community? Organize an Experience Week.

The program, developed by Loyola High School for its Secondary IV students, has been adopted by the St .Ignatius of Loyola youth group, and recently, two Loyola students presented the program to 17 teams vying for the Apostles' Cup May 28 at Mary Queen of Peace church.

Experience Week 2016 involved 142 Loyola students, who were challenged during March 16-24 "to experience what it means to be part of the global community," says project co-director Brian Traynor. The students choose one of three locations: the Dominican Republic, Belize or Montreal.

For Ryan Perkins, life didn't change overnight following his trip to the Dominican Republic, "but living there certainly changed how I see the world in which I live," says the 16-year-old (see Loyola student below).

Perkins' reference to "living there" was not a turn of phrase but an accurate description of the weeklong itinerary for the 107 students who travelled south for Experience Week, now in its third year.

The teenagers lived in modest housing with their Spanish-speaking host families. In the Dominican, the students stayed in two low-income barrios in San Pedro, where they also helped to repair dwellings for a multi-generational family that included erecting a 10-by-20-foot shelter, with corrugated sheet-metal walls and roof, to sleep seven.

In addition, the students took several side trips, including to a slum barrio in Santo Domingo and to Batey AB-4, a Haitian shantytown for sugar cane workers.

Mass was celebrated daily, and each evening included a time to discuss and reflect in small groups upon the day's experience. The trip ends with a get-away day, a tourist outing providing a counterpoint to the intense immersion experience of the previous five days.

For Traynor, a religion teacher, daily mass and the evening reflection-time stand out as key moments of the trip. "They seem to provide the answers to the questions we have, arising that day," he says, "and by mid-week, the guys are asking: 'When is mass?' "

"I think it's because these activities offer a familiar, safe place for them, given that every day they are forced to deal with some pretty harsh realities."

The Loyola program puts the emphasis on immersion and includes a being-of-service component. However, it's not about how many houses they build or how well they are built, but about living and understanding the realities confronting the majority of the world, if only for a week, Traynor underlines.

"We want our students to have a real sense of belonging to a global community and we want to bring our humanity to them," he explains. "Hopefully, the Dominicans will have a similar experience of us, and that it will challenge their pre-conceived notions about North Americans."

For that reason, while each student is encouraged to bring an additional suitcase filled with donated items (school supplies, clothes, toys), they do not give them to their host families. Instead, the donations are entrusted to the local organizers who distribute them during the year. Rather than be perceived as dispensers of hand-outs or doers of good deeds, Loyola asks its students to share daily life with their Dominican hosts.

Each student raises the $1,800 required to finance the weeklong trip, and financial assistance is available to those who cannot afford the cost.

Students who opt for the Montreal program spend a week volunteering at a long-term care facility or social service centre, such as soup kitchens, food depots and senior residences.

Two weeks prior to Loyola's March trip, nine members of St. Ignatius of Loyola Parish made a similar trip to the Dominican, modelled upon the high school program. 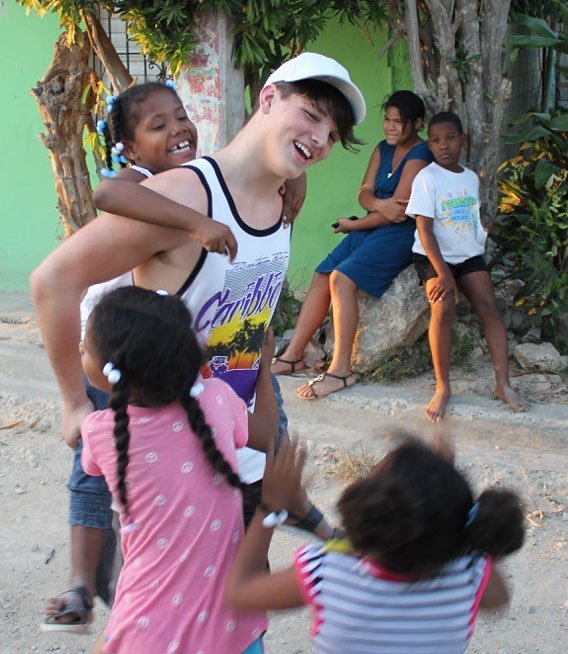 I had imagined what it would be like since Grade 7, but Experience Week 2016 was so much more powerful than I ever thought it would be. The living conditions were meagre; however, what I wasn't expecting was how genuinely content the people in the community were. The children ran around playing and having fun, completely unfazed by their impoverished conditions. My house parents and sisters were so loving and kind. We would sit around and laugh and play games; the language barrier seemed non-existent. Leaving them was one of the hardest things I have ever done. In that short week they felt like real family.

I started volunteering with my parents at a young age but I never really thought beyond the deed that I was doing. Living in the Dominican for a week gave me a whole new perspective. I actually felt the hardship they deal with every day. I look at things a little different now. ... I am more aware of what is happening around me and I am more responsible regarding my environment. I was taken so far out of my comfort zone that now I feel this inner peace that I can deal with anything in a calm and patient manner.

Since returning, I am trying to live more in the moment and to be an active participant in life. I'm 16, I clearly don't have the world figured out yet, but I know I want to be part of something greater than myself.

For now, I'll start with the little things and try to make someone's day a little brighter. One thing my family has noticed about me since I've been back: I give a lot more hugs! 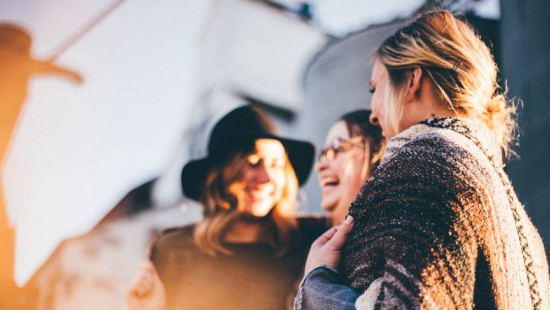 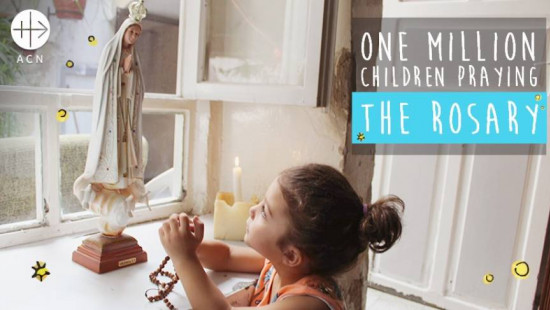 One Million Children Praying the Rosary 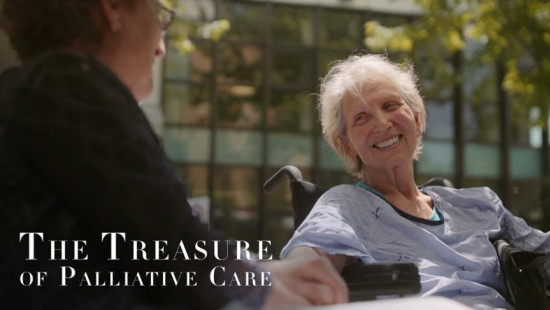 The Treasure of Palliative Care – a video series

Ombudsman of the Archdiocese of Montreal: Files first report